After a year like no other, AIGA Minnesota Design Show is back! On November 10, come see the fruits of your labor and get inspired by the best design coming out of Minnesota.

Join us for this virtual gala of the selected entries and celebrate the Minnesota design community. We’ll have interviews with the “curators” explaining how they created their collections and what has them inspired — followed by the premiere of a new online gallery featuring every submission to this year’s Show. 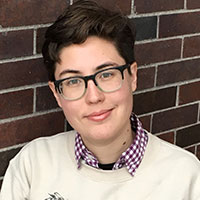 Blue Delliquanti is a comic artist and writer based in Minneapolis, MN. From 2012 to 2020 Blue drew and serialized the Prism Award-winning science fiction comic O Human Star at ohumanstar.com. Blue is also the co-creator of the graphic novel Meal (with Soleil Ho) and their next book Across A Field of Starlight comes out from Random House Graphic in 2022. They teach comics courses at the Minneapolis College of Art and Design. 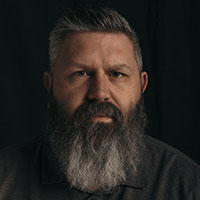 Emmet Byrne is the design director and associate curator of design at the Walker Art Center. He provides creative leadership and strategic direction in visual communication, branding, and publishing, while overseeing Walker's award-winning in-house design studio. His work has been recognized by the NY Times, Wired Magazine, Grafik, Creative Review; featured in the 2nd Istanbul Design Biennial and the 27th Brno Biennial; and his book design has twice won the Core77 award for Visual Communication.

Kathleen Tso is a Chinese-Taiwanese American born in Texas and living in New York City. She is one of the co-founders of Banana magazine, an annual print publication that celebrates contemporary Asian culture and currently works in brand communications as her full-time job. She first started her career in fashion trend forecasting and transitioned into many different roles including editorial, brand marketing, social media, creative direction, digital strategy, and more. In her free time she enjoys taking walks around downtown Manhattan and collecting tchotchkes. 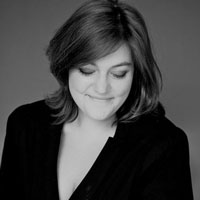 Lindsay Ballant is an art director, designer, and image-maker based in Baltimore who works at the intersection of editorial, political, and activist circles. She was most recently the Design Director for The New Republic, and Art Director of The Baffler, where she ushered in a redesign at both titles. Previous to this, she was Creative Director of Foreign Policy, and has worked at a variety of other news and cultural journalism titles including Newsweek, The New York Times Magazine, and Print magazine. Currently, she teaches graduate and undergraduate courses at the Maryland Institute College of Art. Her work has received numerous awards from The Society of Publication Designers, AIGA, American Illustration, Creative Review, ASME, and the Type Director’s Club. She was selected as a Young Gun by the Art Director’s Club in 2009, and has participated in speeches, panel discussions, and interviews about the topics of design, politics, and campaign branding at AIGA, Fast Company, CNN, Vox, Eye on Design, Communication Arts, and 99U. She is a graduate of the School of Visual Arts in New York, New York. 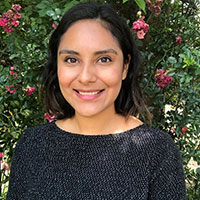 Nancy Ariza is a Latinx printmaker, educator, and museum professional. Her artwork explores multigenerational relationships, storytelling, and memory through prints and installation. Outside of her artist practice, Nancy has been developing and facilitating educational arts programming throughout the state of Minnesota since 2012. She is currently the Associate Curator of Learning and Engagement at the Minnesota Museum of American Art and adjunct faculty at Minneapolis College of Art and Design. Nancy has also taught at Highpoint Center for Printmaking, Minnesota Center for Books Arts, Walker Art Center, East Side Arts Council, and more. She holds a BA in Art History and a BFA in Printmaking from Minnesota State University, Mankato and is an MA candidate at Saint Mary’s University of Minnesota, specializing in culturally responsive teaching. 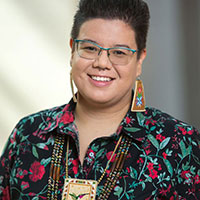 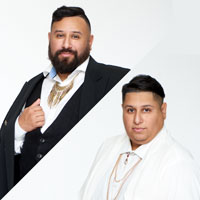 TIM+THOM is a community forward fashion brand focused on growth and diversity in their industries. As advocates for fashion and the arts, they are committed to strengthening relationships within communities, while engaging their audience through thought provoking creative designs and tailor made tastemaker events.

For 34 years, the Duffy name has brought award-winning design to the world’s most iconic brands. By working closely with our clients, we identify new paths for brands to engage with their audience. At Duffy, our mission is simple, design to enrich everyday life. If you have a project in mind and a similar vision, we’d love to connect. [read more…]

Visions is a Native American owned Marketing Solutions provider that evolved on the cutting edge of the communications industry, blending creativity, craftsmanship and technology into a powerful menu of marketing services. Our unique offering integrates a highly creative direct marketing group with dynamic web development services… all supported by a complete printing, fulfillment and mailing facility featuring both offset and digital technology. [read more…]

As a new Official Silver Sponsor of AIGA Minnesota, Neenah Paper is pleased to be your paper supplier. [read more…]

At Kick, branding and design is our business. And our ideas are based on the simple belief that great brands don’t live in industry silos. Retail can inform healthcare. Fashion influences tech. Boundaries are pushed. Brands come alive. It’s what we call category cross-pollination. [read more…]

Heather Soladay Olson is a design industry advocate. From practicing graphic designer to marketer of creative services, her career has crossed the thresholds of design firms, ad agencies, corporate in-house groups, and sole proprietorships. Eager, ambitious, and driven, Heather’s passion extends beyond the workday to leadership and mentor activities in our local and national design community. [read more…] 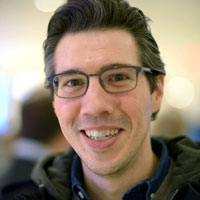