In April 2010, the AIGA Minnesota membership voted to elect Seth Johnson as the new president of AIGA Minnesota and for Jen Soik to continue in her role as Vice President. Both Seth and Jen have a strong history of work with our chapter and have an unwavering commitment to its success. Their 2-year terms began on June 1, 2010. 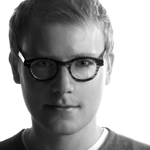 He is the former Co-Director of Education for AIGA Minnesota, a role he fulfilled since January 2009. An AIGA member since 2004, Seth founded the immensely successful MNtor Program, oversaw the launch of new student programming such as StimuLatté and Pivot, planned the second annual Faculty Forum held at Portfolio 1 on 1, co-chaired the 2009 AIGA/Art Buddies “Art of Chase” fundraiser, and has served on numerous chapter task forces and subcommittees.

While attending and speaking at the 2009 and 2010 AIGA Leadership Retreats, Seth became a strong advocate for the 2014 AIGA Mandate, a long-term strategic plan designed to create a vigorous presence for AIGA while supporting the profession with new vitality, currency, and impact. His guidance has led AIGA Minnesota’s “Better Cheaper Faster” initiative to provide improved member benefits.

Seth has taught design for the Minnesota State Colleges and Universities system and the Design Institute at Westwood College in Los Angeles. His volunteering also extends to serving on the advisory board for Art Buddies and creative directing FEAST MPLS, which he helped found in 2009.

Committed to ensuring that AIGA Minnesota maintains its position as one of the nation’s most admired design organizations, Seth is passionate about providing opportunities for members to engage in dialogue, community-building, and professional development. 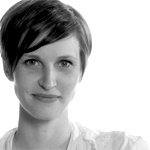 Jen Soik previously served as interim Vice President of AIGA Minnesota, a role she fulfilled since July 2009. An AIGA member since 2002, she also previously served as Director of Volunteers, committee co-chair of Design Camp for two years, and Vice President of her AIGA student group at UW-Stevens Point. As a student, she helped arrange the second AIGA nowHERE design conference, one of the most successful ongoing student conferences in the nation.

Jen attended the 2008 and 2010 AIGA Leadership Retreats and has spent the past eight months working with AIGA leadership teams to execute projects on time, on budget, and according to chapter goals. Her guidance has led AIGA Minnesota’s “Better Cheaper Faster” initiative to provide improved member benefits.

When not volunteering for AIGA, sitting in on committee meetings, or attending events, Jen works as a graphic designer for Baker Associates, a premier package design firm, where she does research, strategy, brand positioning, and design for retail products, spaces, and packaging. She can be frequently spotted at area happy hours, where she seeks inspiration from other designers.