Dale received a B.F.A. in Graphic Design at the Minneapolis School of Art in 1962. Prior to Minneapolis School of Art (later to be named Minneapolis College of Art and Design), Dale studied two years at other universities and served four years in the U.S. Navy. Upon graduation, Dale joined the General Motors Styling Staff at the GM Technical Center followed by a year at Chrysler Corporation, two years at Deere & Company, and one year at Control Data.In 1969, Dale formed Design Center Inc. in Minnesota, serving as president until 1985 when Johnston Design Office Inc. was established and operated until semi-retirement in 2005.

Dale was one of the founders of the Minnesota Graphic Designers Association (MGDA) and served as president in 1982. MGDA became AIGA Minnesota in 1986.

In 1990, Dale traveled with a group of sixteen U.S. graphic designers to the Soviet Union to exchange design experience with Russian designers in Moscow and Leningrad.

View the Johnson, Johnston, Madsen, Seitz: Graphic Design Exhibition at the Macalester Galleries in the Fall of 1978 from the AIGA Minnesota archives.

“I first met Dale when he was at Design Center in 1972. I was immediately impressed with his talent regarding design and what good design really was supposed to be. He was ahead of his time I feel. I think Design Center was one of the first in our area. They set the pace for the future of graphic design. The last time I saw Dale was at Orchestra Hall a few years ago. He will be missed.”

Dale was an one of the prominent designers of our time. I worked with him when i was just starting out in the design profession. He was already established as a senior designer and i admired him. We both worked for Brookson & Bronan, one of the first graphic design firms in the Twin Cities.
He was a gentle and professional man. Bless his soul and may he rest in peace.“

Memory of Dale from Eric Madsen

“Dale was one of our trailblazers. Peter Seitz is the other. Almost simultaneously, they each established notable firms redefining the way professional graphic design is practiced in Minnesota. Dale launched Design Center in 1969 bringing with him extensive corporate experience. Peter left the Walker in 1968 to start his first office and in 1970 founded InterDesign.

Dale also played a critical role in 1981 when he agreed to assume temporary leadership as president. The survival of our organization (MGDA at the time) was at stake. His successful efforts to ensure its survival should never be forgotten.

We’ve lost a great friend. He was a true champion of our chapter and profession.” 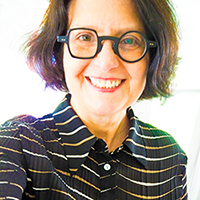