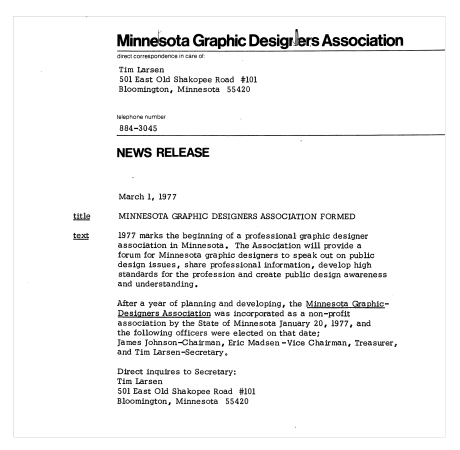 Before AIGA Minnesota there was MGDA (Minnesota Graphic Designers Association). The first meeting to launch the Minnesota Graphic Designers Association (MGDA) was held in Dale Johnston’s office in 1977. Johnston was a principal at Design Center and Tim Larsen was Design Center’s first employee. Larsen served as both the first chairman and secretary. These early meetings of MGDA were filled with discussions about the importance of strength through fellowship. Members agreed that forming a professional organization and forging a strong bond between graphic designers for the greater good of the design community was more important than competing against each other.

Thanks to Larsen’s tireless leadership, skillful diplomacy, and sheer hard work, MGDA soon gained solid footing as a professional organization. He then passed the torch to Jim Johnson, Walker Art Center design director, who became the organization’s second chairman as noted in the press release. Johnson, in turn, was followed by Peter Seitz of InterDesign.

What was the catalyst for founding MGDA? Learn more about this important backstory: Larsen Leads the Way 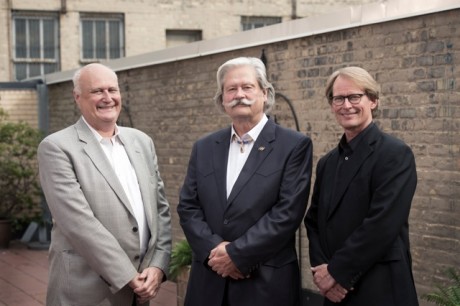