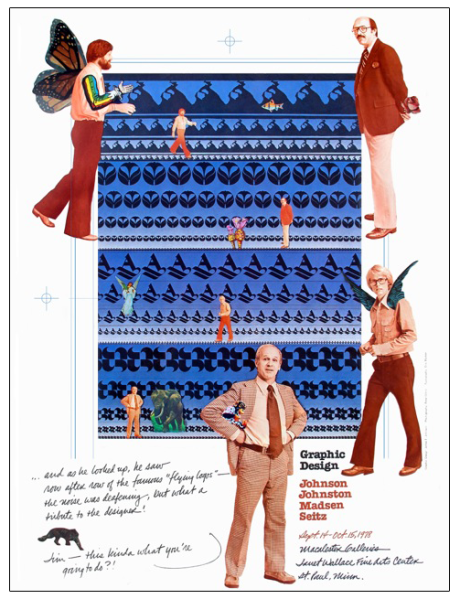 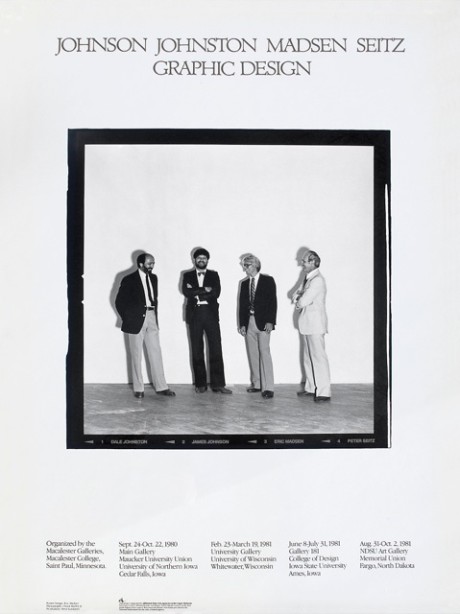 Inspired by the Minnesota Graphic Design 77 and 79 exhibitions, the Macalester Galleries mounted an exhibition called Johnson, Johnston, Madsen, Seitz: Graphic Design in the fall of 1978. Curated by Cherie Doyle, this exhibit focused on the role of the graphic designer as both a problem solver and an artist. It explored how the graphic designer shapes our visual environment through the mass media, publications, and signs we see everyday. Institutional graphics, identity programs, educational materials, and typography by prominent Minnesota graphic designers James Johnson, Dale Johnston, Eric Madsen, and Peter Seitz was featured in this illuminating exhibition.

The whimsical poster for the exhibit at Macalester College in St. Paul was designed by James Johnson. Eric Madsen remembers, “Jim asked the other three designers to send him a photostat of one of our logos and arrange it in rows of descending size. We didn’t know what he was going to do with the poster design, so when I sent him my stat, I attached a handwritten note, which you see in the lower left corner of the poster. (Jim added the tiger.) I didn’t realize he would actually incorporate the note into the poster design. He then had me write the other handwritten copy under our names. Crazy Jim!” Eric Madsen designed the poster for the traveling exhibit. He commented, “Compared to Jim’s playful poster, mine looks like a plate of lutefisk.” You’ve got to love that Minnesotan modesty. 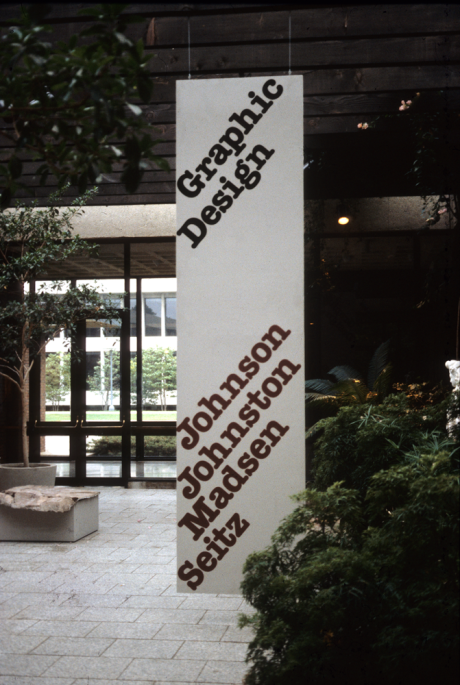 Entrance to to the Johnson Johnston Madsen and Seitz Exhibition at the Macalester Galleries, 1978 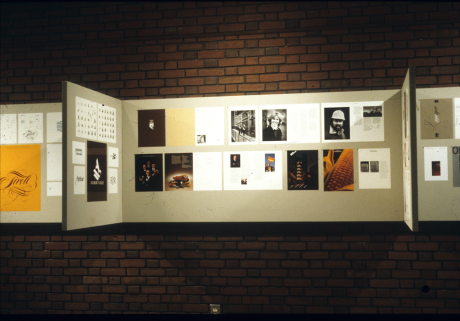 Eric Madsen’s section of the exhibit at the Macalester Galleries, 1978