If you were to describe the AIGA Minnesota Fellow Awards event on Friday, October 10 at the American Swedish Institute in Minneapolis, you would be hard pressed to summarize it in a single word. Exceptional? Dignified? Humorous? Serious? Spontaneous? Swank? Youthful? Vigorous? Historic? Cutting edge? (Two words!) A veritable ‘Who’s Who’ of the local and regional graphic design community? All of these adjectives and many more are required.

Finding it impossible to contain the descriptors to single words, this observer found the event brought out the best in everyone to honor AIGA Minnesota’s three 2014 Fellows — Jo Davison, Dale Johnston, and Doug Powell — to bestow its highest award for excellence; an award not given lightly, but judiciously every other year to no more than three members of the chapter that have been nominated by the membership. Following a tradition of inviting a personal friend or relative of each nominee to speak on their behalf, this year’s celebration heard from Todd Nesser, longtime friend and Larsen colleague of Jo Davison; Kristen Radtke, interior designer and daughter of Dale Johnston; and Andy Powell, designer and brother of Doug Powell.

All of the introducers and nominees acknowledged, with ample grace and humor, (Andy Powell could find a second career in stand-up comedy, seriously!) their debt to numerous others in the profession, especially their teachers and co-workers who encouraged and supported their efforts. Current AIGA Minnesota President Jenny Price, in tandem with Jenny Schmitz-Hinshaw, Past President, bestowed the awards, followed by a photo session in which the new Fellows joined past chapter Fellows Peter Seitz, Tim Larsen, Sue Crolick, Joe Duffy, Eric Madsen, John DuFresne, and Heather Olson. (AIGA Fellow Monica Little was unable to attend.) The event ended with cocktails and desserts, more mingling, stories, and liberal blandishments all around; an evening well worth remembering. 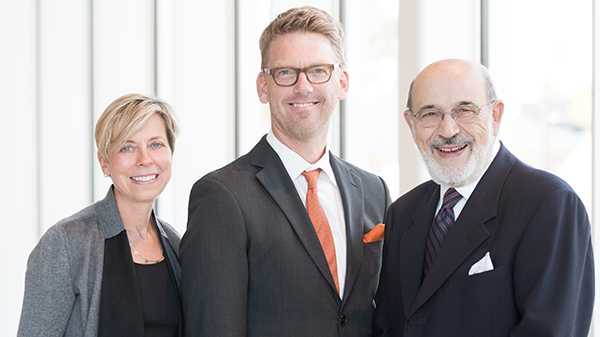 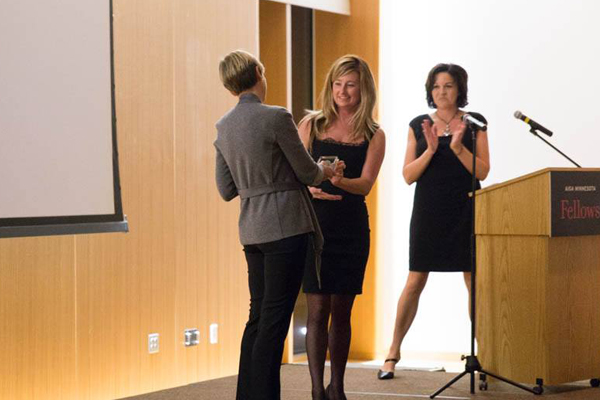 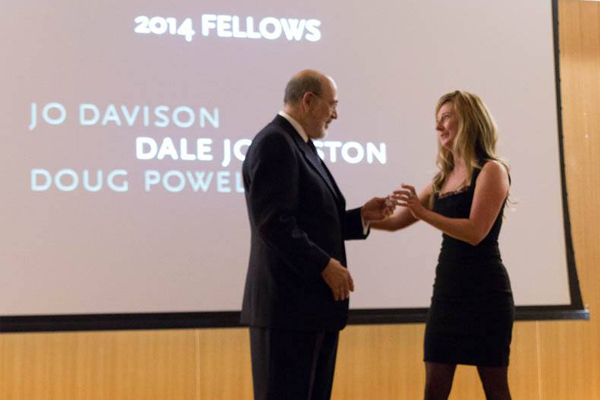 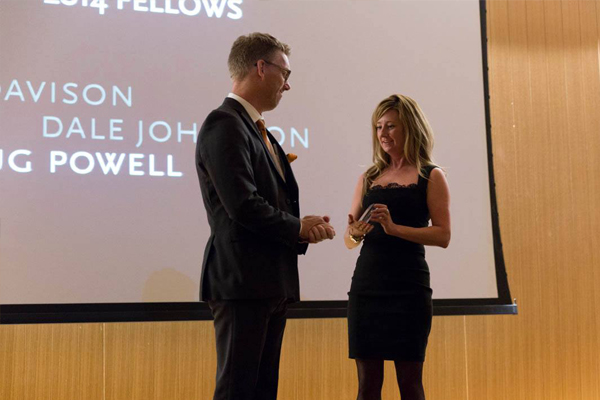