The Minnesota chapter of AIGA, the professional association for design, is pleased to announce the selection of Luis Fitch, Linda Henneman, James E. Johnson, LaMar Lundell, Sharon Werner, and Paul Wharton as recipients of the distinguished AIGA Fellow Award.

Introducing the AIGA Fellow Awards 2020—celebrating those who see the unseen to bring their visions to life.

The AIGA Fellow program recognizes mature designers who have made a significant contribution to raising the standard of excellence in practice and conduct within their local or regional design community as well as their local AIGA chapter. Contributions in education, writing, and leadership, as well as reputation and the practice of design, are given equal consideration. The Fellow Award is the highest honor an AIGA chapter may bestow upon one of its members.

Minnesota’s 2020 Fellows were chosen from nominations (peer and self) received in response to an open call for nominations posted in fall of 2019. Each nomination was reviewed and independently ranked by members of the 2020 AIGA Minnesota Fellow Program Nominating Committee based on the Fellow program criteria set in place. In spring of 2020, the proposed slate was presented to the AIGA Minnesota Board of Directors and approved by majority vote.

This year’s Fellows recognize a wonderfully varied group of individuals who:

– have been instrumental in the chapter’s legacy
– are focused on design’s role in current and emerging cultural issues
– have supported AIGA and AIGA MN for many years with their time, vision, and skills
– though not as a designer, were integral to the success of the chapter and its individual members
– are consistently creating notable and outstanding design work

Since we cannot gather in-person right now the recipients will be publicly honored at a special event in 2021 (details to come), and their names will be added to the national list of AIGA Fellows.

Join us in celebrating six thought leaders and their lifetime portfolio of unique and timeless work. 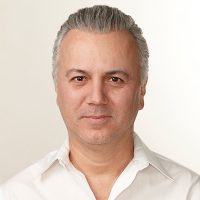 His design and artwork have won numerous awards, including the McKnight Visual Artist Fellowship, Ohio Art Council Design Fellowship, Type Director’s Club, The Peter Glen Special Award for Public Services, and The Hispanic Creative Awards Competition, among many others.

Luis has been named “People to Watch” by Graphic Design USA Magazine, “Twin Cities’ Top Advertising Minds” by Metro Magazine, and “City Pages Visual Artist of the Year.” He lectures about cross-cultural design at creative conferences and universities nationally and internationally. 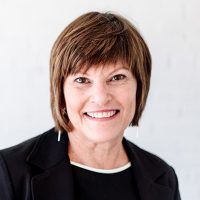 Linda is the principal mind and designer behind ThinkDesign Group, a branding and graphic design firm with a credo: without think, it’s just design. It’s the belief that strategy and aesthetics are essential partners in every successful design solution. The result is products that inspire and move people to action. Linda’s reputation for connecting audiences to causes surrounding complex social issues has made her a favorite in the nonprofit community. She works with a diverse clientele including major service and industrial corporations as well as emerging growth companies.

Linda is the recipient of numerous local and national design awards, which include being named a “Person to Watch” by Graphic Design USA and one of Minnesota’s female design leaders by the College of Visual Arts.

As a long-time AIGA member, Linda has served on the chapter’s board of directors (1988–91 & 2013–15) and numerous committees. She has mentored several entry-level designers at ThinkDesign Group who have launched successful careers and MFA students at Minneapolis College of Art and Design (MCAD). 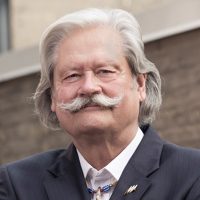 Jim has spent the last 50+ years as a graphic designer, visual artist, educator, and ritual master.

Jim has taught at Minneapolis College of Art and Design (MCAD) and is a co-founder of the Minnesota Graphic Design Association (MGDA).

His art and design work have been exhibited locally, nationally, and internationally, most notably for the National Gallery of Art in Images of an Era: The American Poster and for the Walker Art Center in Graphic Design in America: A Visual Language History.

For the last two decades, Jim has been finding new inspiration in a close relationship with nature, living on a cattle ranch in South Dakota. 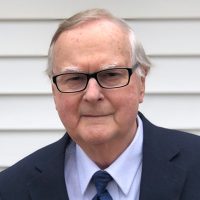 LaMar graduated from Minnesota School of Business in 1959 and began his career at Northwest Paper Co. In 1975, he moved to Inter City Paper Company (Now Veritv) as Vice President for Sales Promotion and Specification. After contemplating retirement in 2009, LaMar determined he could not leave the paper world and was employed by Anchor Express, continuing to help designers select the right papers for their projects. In 2014, he moved on to French Paper as a paper consultant. As of last year, he now enjoys a well-deserved retirement.

During these numerous decades of assisting designers, LaMar has also been an integral and generous supporter of AIGA Minnesota with both his resources and his knowledge. 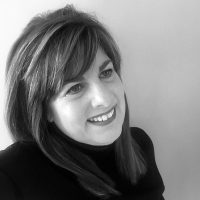 Sharon started her career at Duffy Design Group and, in 1991, went on to found Werner Design Werks (WDW), a small creative studio in St. Paul.

Her goal was to use graphic design to not only impact commerce but our culture and our emotional response to brands. The goal of every WDW project is to create a sensorial creative moment that elicits feelings, entices the mind, and spurs emotion. This philosophy has guided the work for clients that include Moët Hennessey, HiBAR, Lord Jones, and Mrs. Meyer’s Clean Day.

On top of her corporate work, Sharon is also the co-author and co-creator of a series of type-centric children’s books, Alphabeasties and other Amazing Types, Bugs by the Numbers, and Alphasaurs and other Prehistoric Types—all published by Blue Apple Books. Her work has been recognized by nearly every major communication design publication and award show and is part of the permanent collections of the Victoria and Albert Museum, Musée De La Poste, Musée des Arts Decoratifs, and the Cooper Hewitt Museum. Sharon has taught as an adjunct professor and has lectured and juried with national and international design organizations. Sharon has also served on the AIGA MN Board, the CVA Advisory Board, the MNSU Moorhead Design Advisory Board, and the TDC Board of Directors. 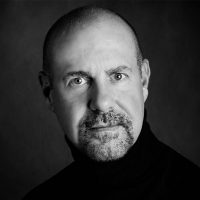 For more than 30 years, Paul’s wide range of expertise in product development and positioning, branding and brand management, and color theory have brought valuable sensibilities to his clients. He excels in creating print and interactive communications for his clients including Wausau Paper, Best Buy, 3M, Target, The J.M. Smucker Company, and The Timberland Company. Paul founded WhartonWorks in 2015 where he serves as the Owner/Principal. Current clients include Star Tribune, NeuroColor, Lion’s Way, Halunen Law, and Entertech.

Paul has demonstrated leadership as a past president of AIGA Minnesota (1990–92) and served or chaired on many committees such as the Design Show, Student Mentorship Program, and Portfolio 1-on-1. Paul was elected to the AIGA National Board of Directors where he served for three years (2012–15). He is a frequent lecturer on design-related topics. His awards include Communication Arts, Print, Graphis, Graphic Design USA, AIGA, and New York Art Directors Club.

Ready to nominate an individual for the AIGA Fellow Award 2022? Complete the nominations form below. You will be asked to answer questions about the nominee’s contributions to AIGA Minnesota (and/or AIGA) and the impact on the design community along with any examples and relevant links to online resources.