300 Hamline Avenue, a short walk from the galleries.

Join us for a presentation by Duffy and gallery reception celebrating the firm’s three decades of internationally influential branding—an evening of inspiration, conversation, and refreshments.

Duffy is a name known by designers all over the world. The firm’s work has touched the lives of millions of people. It’s seen in stores, in the media, museums, at events, on the web and in retail, corporate, and hospitality environments. For Joe Duffy’s many contributions to the discipline of design, he was awarded the Legacy Medal by AIGA, the professional association for design. Joe was also recognized by AIGA with a Fellow Award for his leadership.

Duffy was launched in October 1984 when founder, Joe Duffy, joined forces with ad agency Fallon, McElligott & Rice, now known as Fallon Worldwide. “They were the hottest creative boutique in the world,” Duffy says. The partnership with Fallon represented something more than simply a joining of creative minds. The union pioneered the integration of design and advertising. “This was a revolutionary concept at the time,” Duffy says, who began his career as an illustrator and eventually found his way to advertising.

At the time of his firm’s launch, Joe was eager to bring a sense of artistry to design. He started Duffy with the mission that still inspires and drives Duffy’s business today: Design to Enrich Everyday Life.

Free and open to the public.

Free parking is available on Marshall Avenue and Syndicate Street, or in campus lots after 4:30 pm. 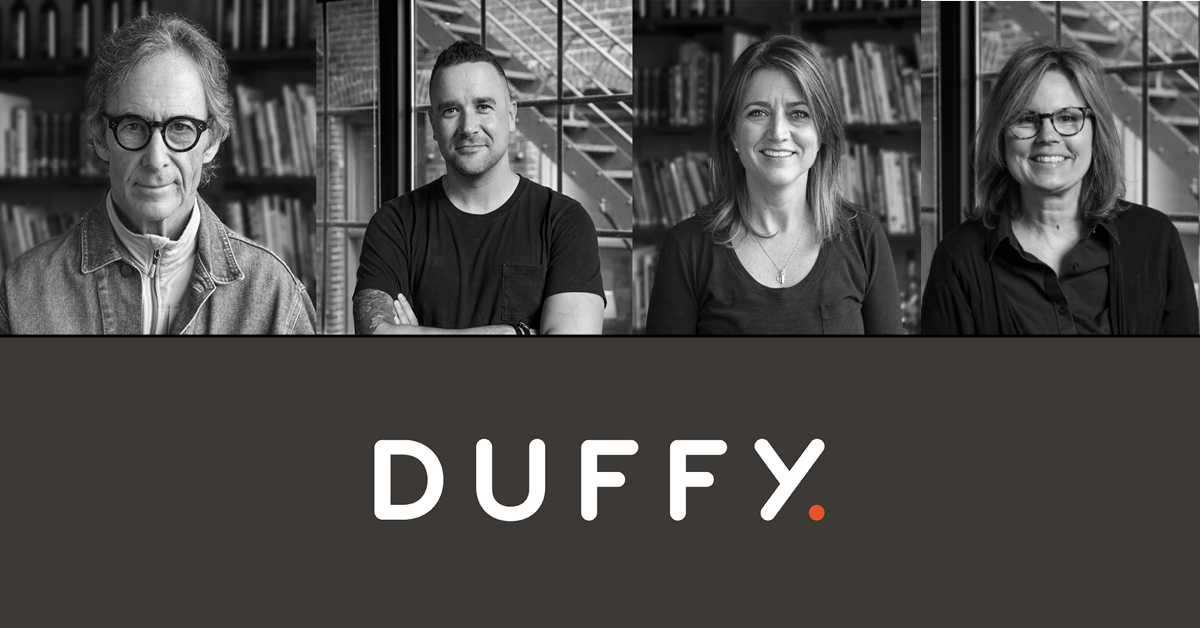